Our areal coverage is still limited. IPW is still going on. If you would send pellets from your near-by beaches, it would be great for saving our planet. 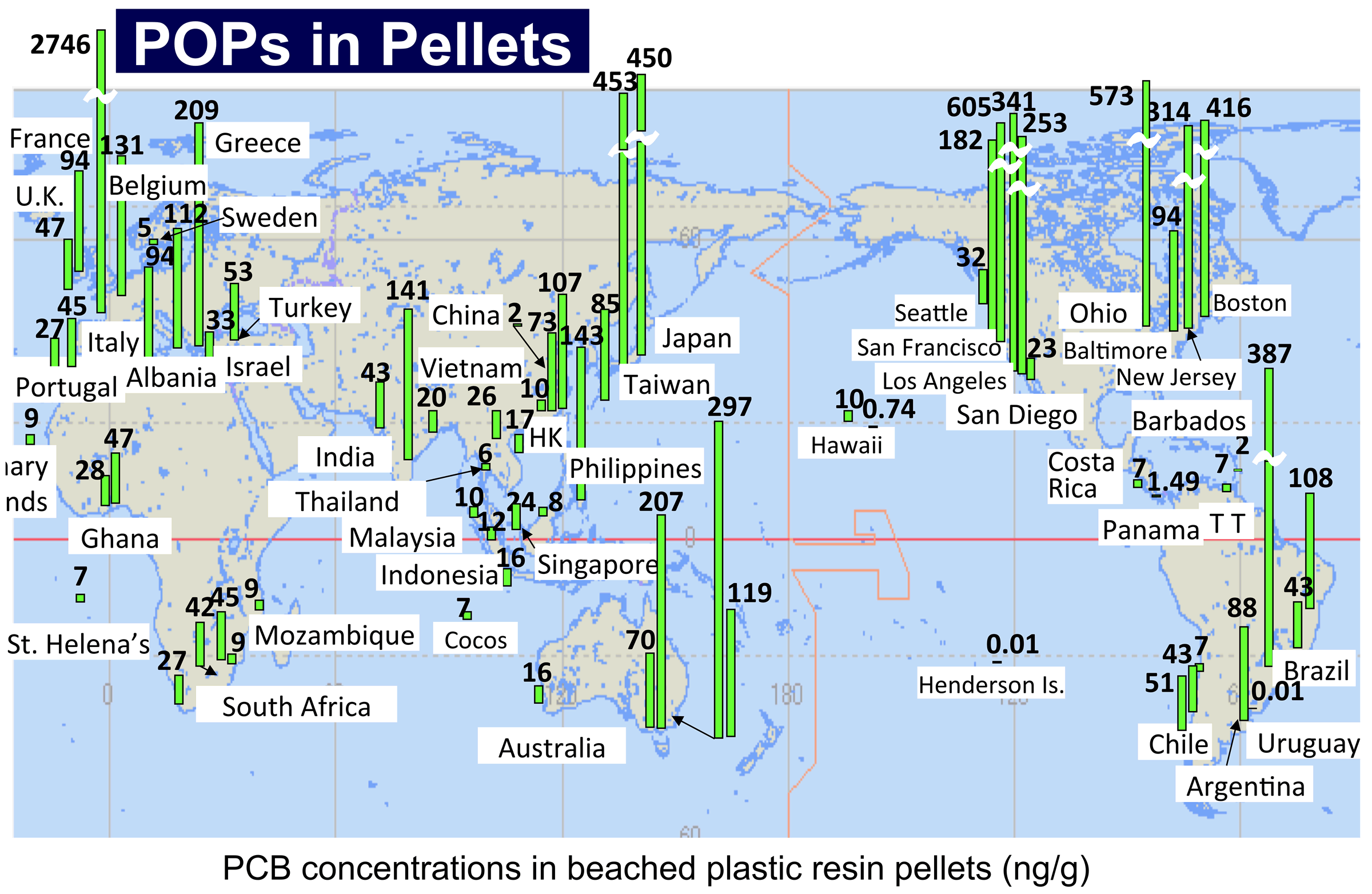 IPW is a volunteer-based global monitoring program designed to monitor the pollution status of the oceans. Since its launch in 2005, ~ 80 groups and individuals from ~ 50 countries have been participating in this project to cover ~ 200 locations around the world. We focus on persistent organic pollutants (POPs) such as PCBs and organochlorine pesticides. Because of their bioaccumulative nature and adverse effects on marine organisms and humans, POPs are regulated by an international treaty (i.e., Stockholm Convention)